Botswana is the leader in low-impact, upmarket tourism. This eco-friendly approach promotes a true wilderness experience in this unspoiled country. The beauty of the Okavango Delta is best discovered by mokoro canoe, while abundant wildlife can be encountered in Chobe and Moremi parks. 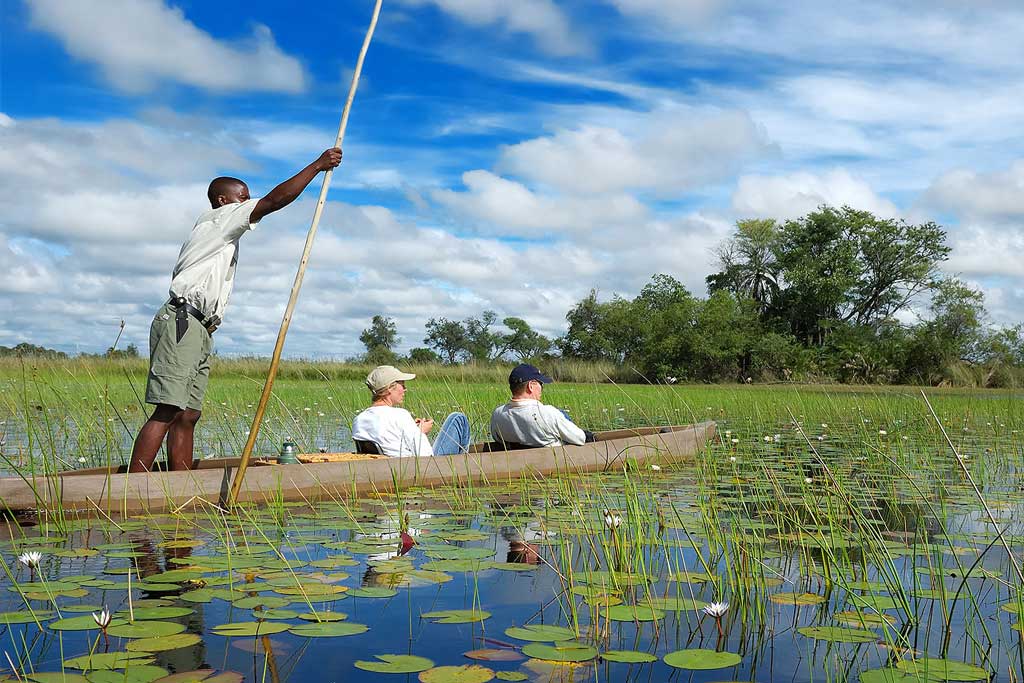 The Okavango Delta, Moremi and Chobe are Botswana's most popular parks. The best time to visit them is from May to September, during the Dry season and winter, resulting in more moderate temperatures. In addition, the Okavango is flooded from June to October. Wildlife viewing is good year-round, but this can differ for some parks. See below to learn when to visit which park.

Less vegetation and animals concentrate around water, making them easier to spot
The skies are clear, rain is rare, and there are fewer mosquitoes
Even though most tourists visit during the Dry season, the parks still feel uncrowded, except for the bustling Chobe riverfront area
Early morning and evening drives are cold in June, July and August

The scenery is greener, and there are lower rates during this season
Although wildlife is easier to spot in the Dry season, you’ll still see plenty
There are many newborn animals and migratory birds
Except for January and February, rains seldom interfere with your trip
During January and February, the rains can be continuous for days
It gets very hot in October and November
Some lodges and camps close down during part of the Wet season

Botswana has a subtropical desert climate characterized by great differences in day and night temperatures, and low humidity overall. It receives virtually no rainfall for six months of the year, with the wettest months being December to March. Winter and summer is at opposite times of the year as Europe and North America, and they correspond to the Dry and Wet season respectively.

There is little to no rain during the entire winter and humidity is low, typically 20-40%. Animals will concentrate around waterholes and rivers when other water sources dry up.

November & December – Clouds start to appear, bringing cooler temperatures and an occasional late afternoon shower. This pattern of change continues in December, with typical temperatures between 20°C/69°F in the morning and 33°C/91°F in the afternoon.
January & February – These are the wettest months, characterized by torrential downpours in the afternoon, and sometimes continuous rainfall for days. Daytime temperatures are around 32°C/90°F, and the humidity is between 50-80%.
March & April – Rainfall decreases and it steadily cools. This trend continues through April, which has lovely, clear weather and few clouds. The nights tend to be cooler, but the days are very temperate at 30°C/87°F. 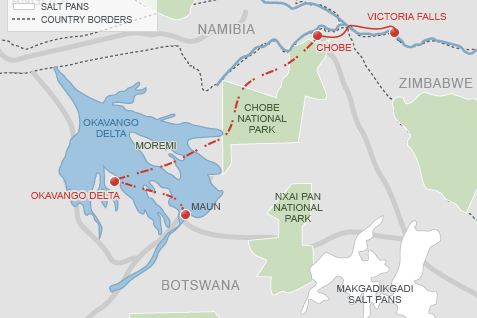 After a stopover in Johannesburg, you'll arrive at Maun Airport, the entry gate to Northern Botswana and the Okavango Delta.

Okavango Delta (2 to 5 days) is the place to see wildlife from a mokoro canoe.
Moremi Game Reserve (2 to 5 days) is Big Five territory and the place to visit for exciting game drives.
Chobe National Park (2 to 4 days) is best seen from a boat on the river. Herds of elephant coming to drink, offer great photo opportunities.
Victoria Falls (1 to 3 days) is a must-see destination just a short hop across the border into Zimbabwe or Zambia.

With a stopover in Johannesburg, you’ll arrive at Kasane Airport near Chobe National Park.

Chobe National Park (2 to 4 days) can be discovered on land by 4WD, and on the river by boat.
Victoria Falls (1 to 3 days) is only a few hours’ drive from Chobe, and you can visit the waterfall from Zambia or Zimbabwe.
Zambezi National Park (0.5 to 1 days) is a great place to see elephant and buffalo as well as a variety of antelope species.
Northern Tuli Game Reserve (2 to 4 days) is where herds of elephant can be seen digging for water in dry river beds.

Kwando, Selinda and/or Linyanti game reserves(2 to 4 days) at the Linyanti Marshes for an exclusive wildlife experience

In most cases your tour operator will collect you from the airport and will arrange all further transportation. 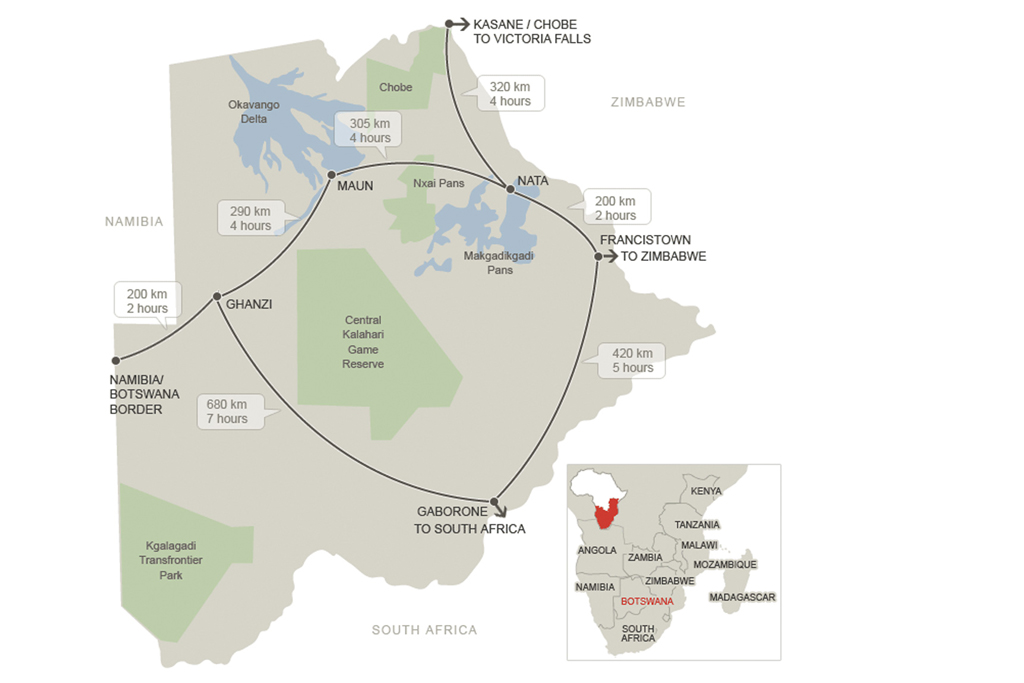