This scenic little park, close to Kampala, is home to several wildlife species not easily seen elsewhere in Uganda. These include Burchell's zebra and impala. Although elephant are absent from the park, there is plenty of other wildlife to see, including Rothschild's giraffe, buffalo and Defassa waterbuck. 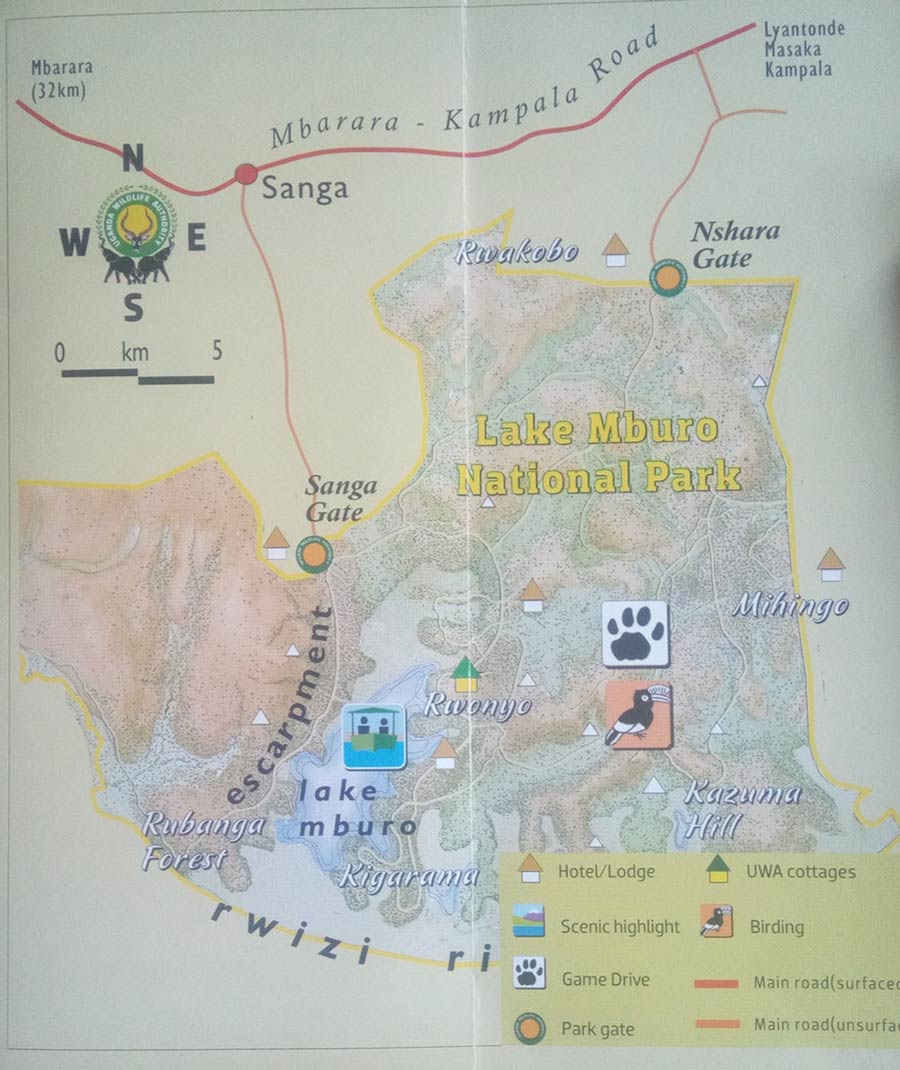 The park has a good variety of wildlife. Several antelope species can be seen, including topi, duiker, oribi, Bohor reedbuck and klipspringer. Elephant are absent, but herds of buffalo are quite common, and Rothschild's giraffe have been reintroduced. A healthy population of leopard is present, although mostly seen at night. Hippo and crocodile can be found in the lake.

Burchell's zebra and eland are only found here and in the less accessible Kidepo NP. The rare and specialized sitatunga insometimes be spotted in the marshes, and the park is the only place in Uganda where impala are resident. Bushbuck has a quite unique habit in the park of standing on lookout on termite mounds.

Over 310 bird species have been recorded in Lake Mburo NP. This park is the best place in Uganda for acacia-dwelling birds. Forest species are also present in Rubanga Forest. A bonus for birders is the swamps, in which six papyrus specials are resident, including the spectacular papyrus gonolek and the blue-headed coucal. Southern species at the northern limit of their range include the black-collared barbet and bare-faced go-away bird. Migratory birds are present from November to April.

Lake Mburo NP is open year-round, but the Dry seasons from June to August and December to February are the best time for general wildlife viewing as animals gather around the lake and other water sources. Wildlife viewing is still ok in the Wet seasons from March to May and from September to November and at this time the park lush and scenic.

June to August and December to February – Dry Season

Great wildlife viewing as vegetation thins and animals congregate around the lake
There are more sunny days
The air is clouded by haze, making the views less impressive

March to May and September to November – Wet Season

Wildlife viewing is also good during the Wet season when animals can be seen in the open valleys
There are fewer people and rates might be lower
Migratory birds are present
The air is clear, and landscapes are green
Wet roads may become difficult to negotiate
Occasional rainstorms may interfere with game drives

Lake Mburo experiences a mild climate. Daily temperatures are around 27°C/81°F, with nightly temperatures of 14°C/57°F on average. Rain occurs throughout the year – although June and July get the least amount of rain. December through February also tends to be a period of lesser rainfall. There are two recognizable Wet seasons, from March to May and from September to November.

Dry Season – June to August and December to February

June, July & August – June and July are drier, but it can still rain occasionally. The transition between the Dry and Wet season usually occurs in August and rain will increase. Average temperatures are about 27°C/81°F in the afternoon and 13°C/55°F in the morning.
December, January & February – A period of more rain than June or July, but still less than the rest of the year. Daytime temperatures of about 27°C/81°F and morning temperatures of 14°C/57°F are normal.

Lake Mburo National Park is usually visited on a tour, possibly as an overnight break driving between Kampala and Bwindi NP. Lake Mburo is located in western Uganda, 228km/142mi from Kampala and 250-300km/150-180mi from Bwindi (depending on which gorilla trekking base you are headed to). The drive from Kampala takes about five hours and the drive on to Bwindi about six to seven hours.

Entebbe International Airport (EBB) is about 46km/29mi from the country’s capital, Kampala. This will be your entry point into Uganda. Your local tour operator will usually arrange for your pick-up from the airport or hotel and all further transportation as part of your safari package. 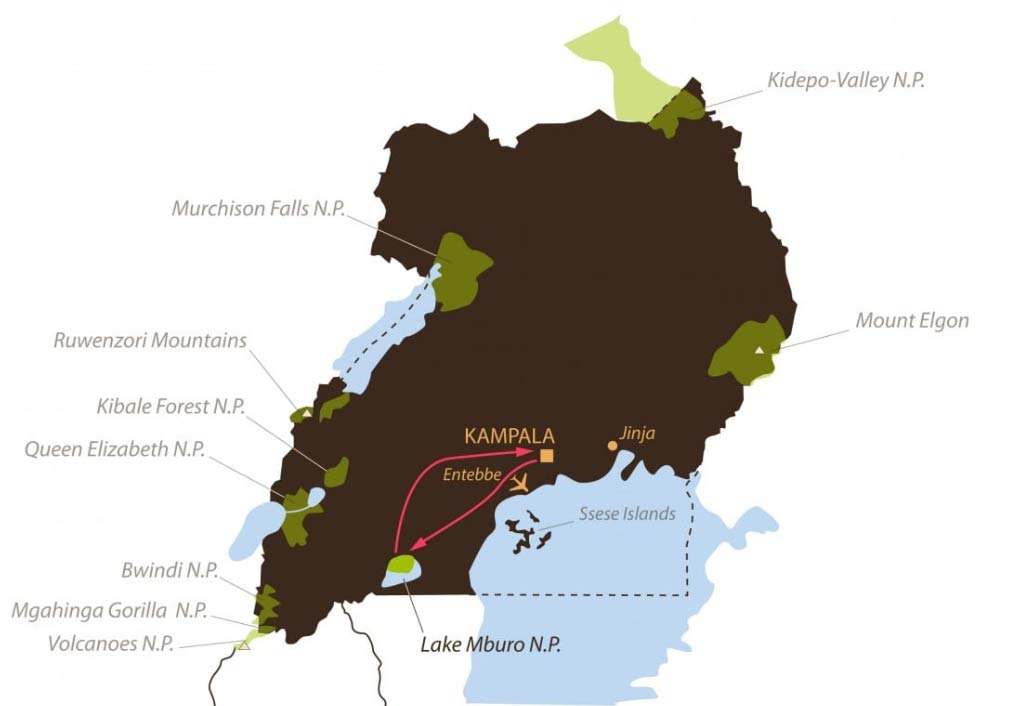